My 2nd shot at game development. 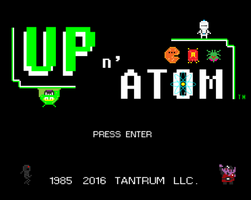 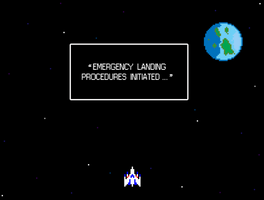 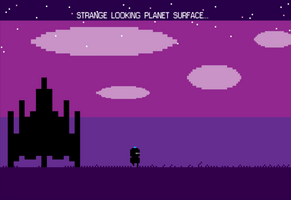 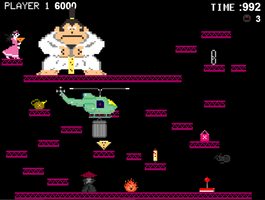 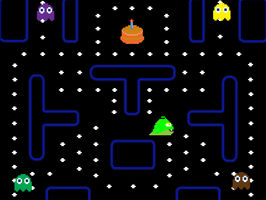 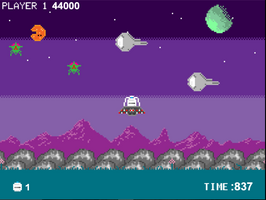 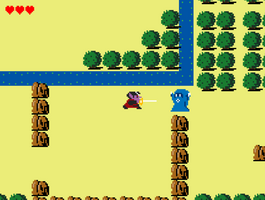 The date was 8/18/2016 when I released Up n' Atom to the web. I used this project as another practice game. I think I will forever remember it's development because my old pc crashed midway through it's cycle. It was a very tough time period in my personal life as well. I was dealing with heavy anxiety, experiencing panic attacks frequently and my diet was extremely poor. I wasn't getting much sleep at the time either, and that compounded things a bit. Eventually, I was able to get things back in order and continued my game development. I learned a lot more about the engine I was using for the game, and Up n' Atom had more events than AXG, plus was twice it's size. Unfortunately, since I rushed through development in order to get the game out, it suffers from a huge amount of glitches and bugs. I'm not sure if there are any game breakers in the logic, but I have found too many graphical and sound glitches to count. It's just another learning session, and although it's not a good game (lack of mechanics) I'm glad to have had the opportunity to learn from my many mistakes in this title. The game is essential a meme fest... nothing really worth noting. An "alien" or "robot" or... (you get the point) named Atom has crash landed on a strange world. He meets an alien named Up and his adventure to find fuel to recharge his ship has begun. They will meet others like the office ninja and Chain, the vampirate. A ton of other NPCs are in the game as well.

I started work on the demo for The Spire... a fan-fiction game I had in the works for about 8 years by this point. I made a ton of progress on the demo, even posting pics via Twitter, but at the end of the day the project was a bit too ambitious for the engine I was using to develop it. I could never finish the entire game in C2, so I put that project on hiatus. If anyone is interested in that game project, you can check my itch profile page for the link to my Twitter feed. I may finish the C2 demo one of these days, but my attention is now on a new project. The birth-child of a "Devtober" game jam (8/12/2018) Pumpkin Quest is also being developed in Construct 2, but this game is "actually" a game. I don't want to go into much details about it. If you're eager beaver you can check out my Twitter feed via my itch user page. I have a few vids and screenshots of the game on my timeline. Please check them out!!!

First off, #finishmycurrentgame lul! Seriously, I plan on finishing Pumpkin Quest. (Judging from the amount of interest it receives) I plan on making the usual web browser version for sure, but I also want to port the game for pc and consoles... but that's still a pipe dream at this point. I need to finish this project first and foremost. After Pumpkin Quest??? I got a ton of ideas including a joint venture to create an animated web comedy, among others. One thing is certain: I 'll continue to make games... using different tools and experimenting with different logic languages. I really want to make games that people will enjoy and want to play. That's the goal. Thanks for reading guys!!!

Up n' Atom.zip Play in browser